It's happened before. It'll probably happen again. Someone walked up to our camp over the weekend and asked, "You guys some kind of club? What's the name?"

We always answer the same way: "We're not a club and we don't have a name. That would be way too organized."

This group is made exclusively out of odd individuals with cantankerous streaks and generous bearings. Our world views, political leanings and occupations stretch from one end of the spectrum to the other. We are cats and cannot be herded. Nobody gets pinned down. Hell, these days, most of us don't even ride our Urals to this annual fall Ural rally.

In the end, we're just a bunch of guys, who somehow manage to all ride to the same place on the October Holiday Weekend. See what I did there? I had to call it that because we don't even agree on what the holiday is called.

No matter. We like camping, motorcycles, booze and each other. That's enough. This was something like the ninth year in a row. This time, we met on the shores of Moosehead Lake in northwestern Maine.

The weekend started out with tent-flattening winds off the water. It progressed into sunny, warm weather but then threw lightning, thunder and rain (whipped by 40-50mph gusts) at us. There was some sleet, too, before it ended with a stunning, 25-degree morning.

We rode roads. We drank drinks. We told tales. We burned things. In other words, another great weekend. 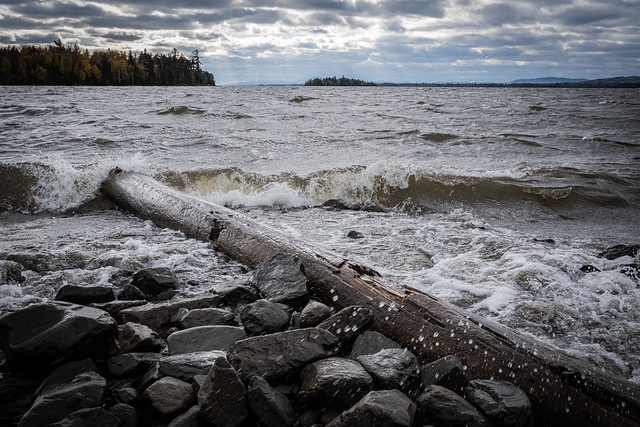 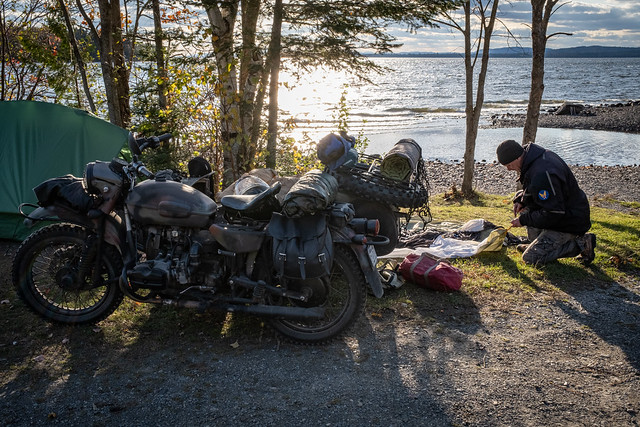 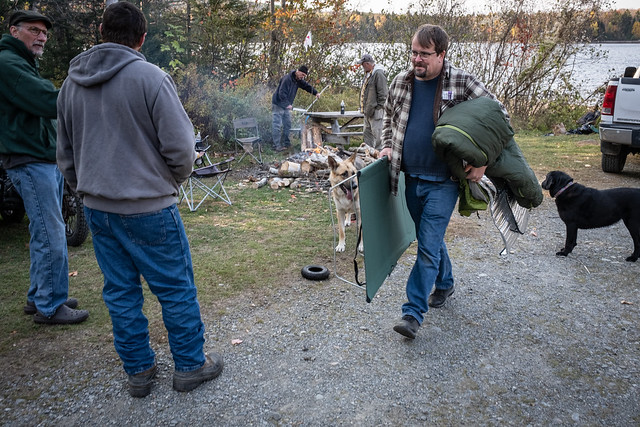 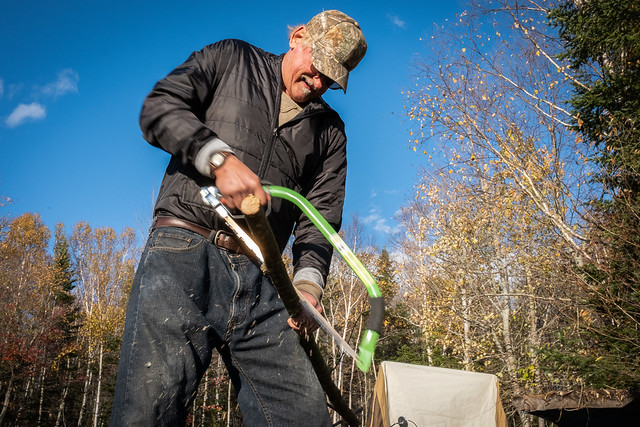 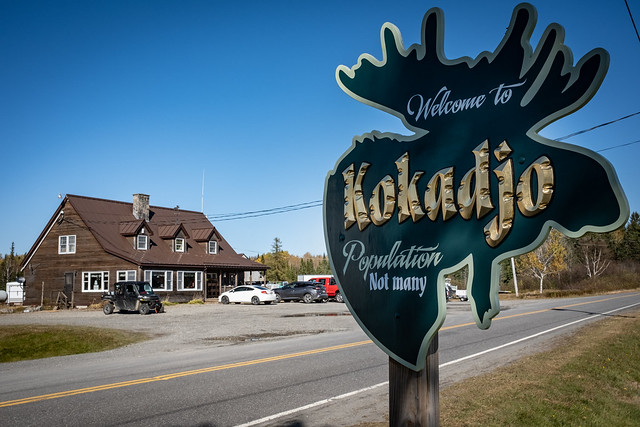 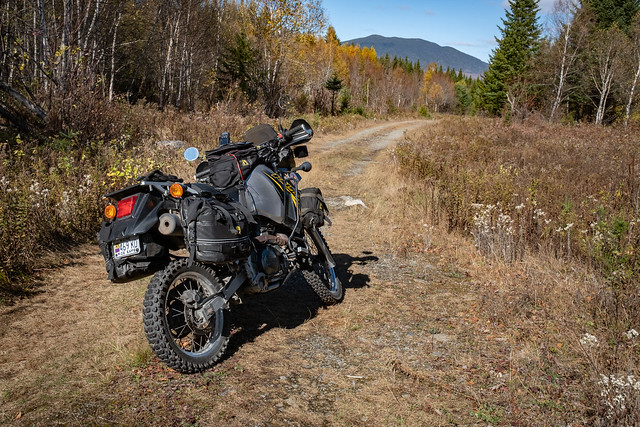 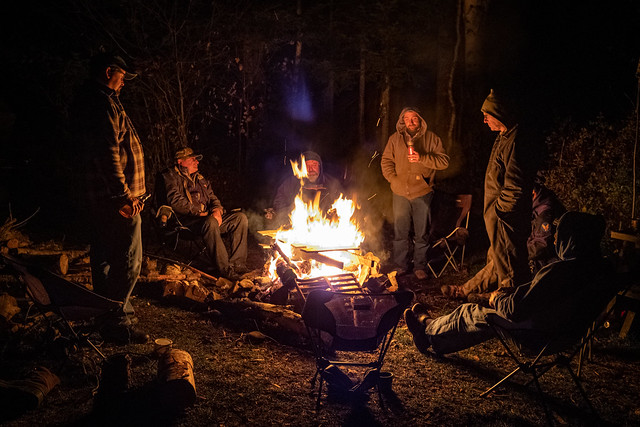 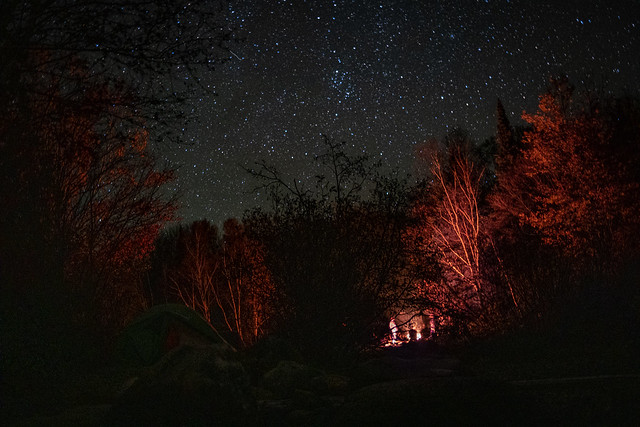 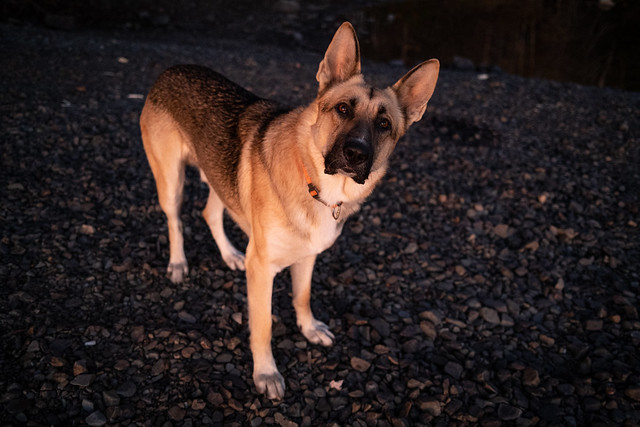 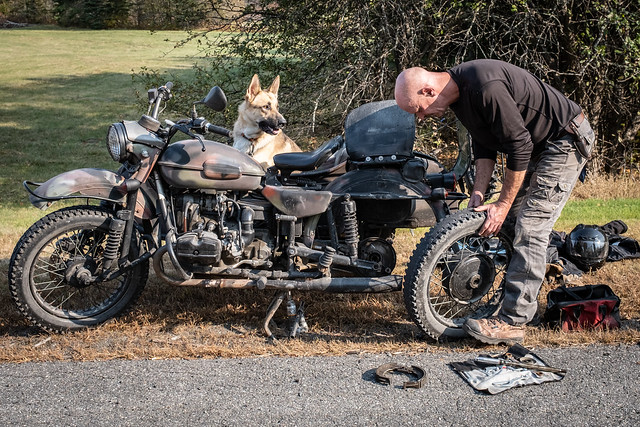 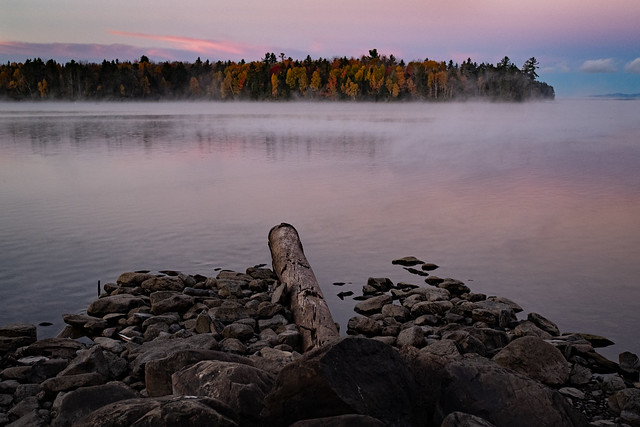 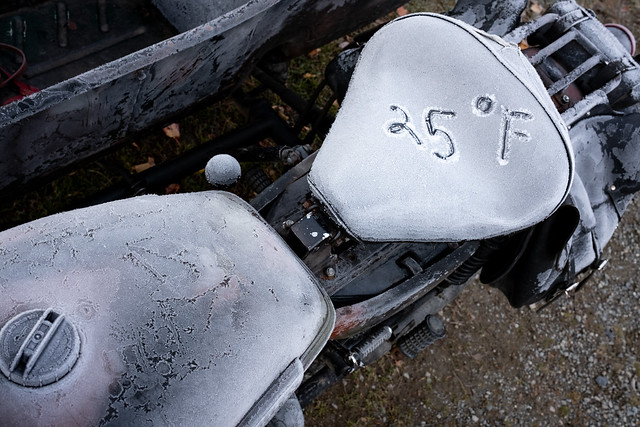 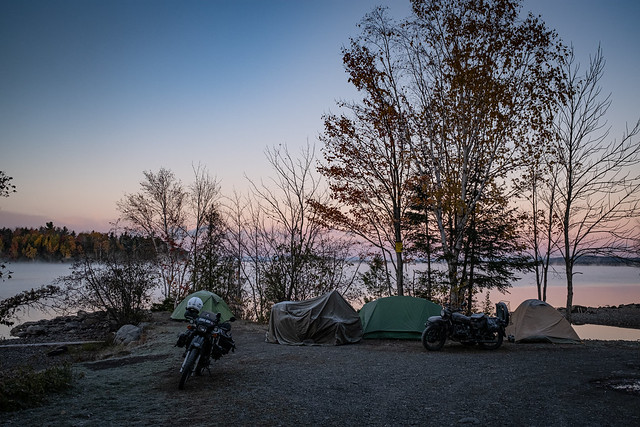 Looks like a really, really great time. At least from my warm reading chair with a cup of coffee next to me.
Is that temp normal for this time of year? Brrrr.

I can't decide if the 25 degree finger-etched into a frozen tractor seat it the best picture.
Or the one of the German Shepard that looks to be saying "what the "F" are we doing here?"

Camping with a pup/dog, the best.
Stagewex

Thanks for sharing; I always enjoy your tales.

Nice Pics! Always a good time at camp!
When you come to the fork in the road, take it!
Yogi Berra

Thanks, and I can actually be involved this time, the other 2 live in Honolulu.
It turned out to be a blessing missing it my clutch went kaboom and it probably would have happened there in he middle of nowhere.
2016 Patrol "Mr. Breeze "
Top

What a great spot! Looks a good time was had by all.
Be kind. Live like today is the last day; someday it will be.