Are ya having a problem with your rig? We'll try to help. Share your tech tips and experiences here. Dr. Billy Glaser, author of the "Unofficial 750 Ural Service Manual" site myural.com, is moderating this section.
Forum rules
Here is the place for you to ask questions about or share your experiences about servicing or repairing your Ural or Dnepr. Please post topics concering modifications or accesories in the "Modifications and Acessories" section. Please post oil related questions in the "Oil Threads" section.
Post Reply
79 posts

Interesting you say this. I have the bike now and I heard a noise the other day and found this. All the rotor bolts were loose, and could easily be turned with my fingers. 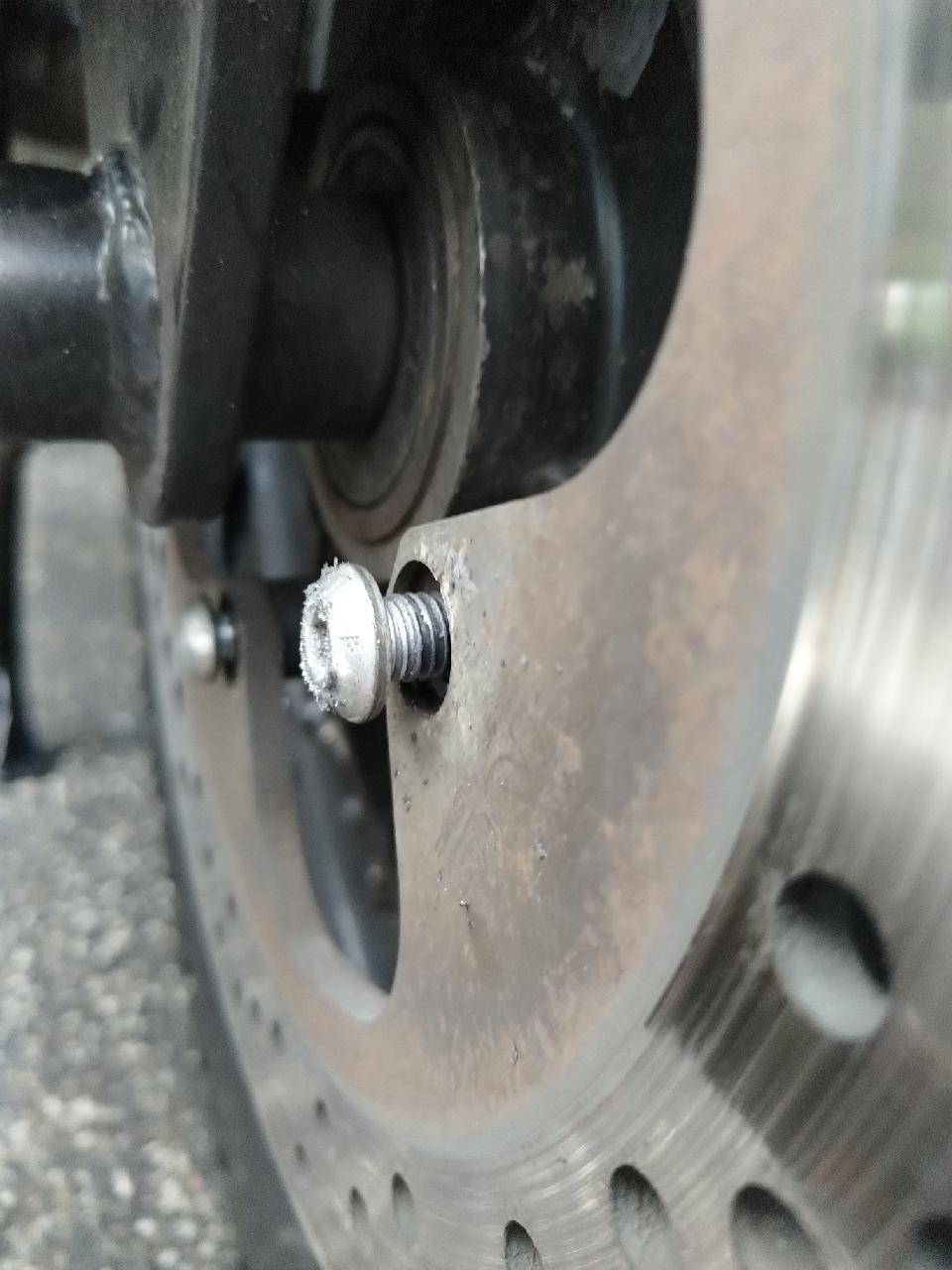 I have a final drive leak, so I was checking the bearing nut on the input and it was also loose. Snugging it up didn't help the leak, but it isn't loose anymore. There was some funky play when I turned the driveshaft by hand, and found the splines on the wheel that mates to the drive were also loose, able to be turned with my fingers. I cleaned all the threads and put a very small drop of blue Loctite on them and reinstalled them.

The mirrors don't vibrate too bad at speed now, but there is a vibration around 40mph in third. Not bad, and the rig feels nice up to 65 and cruises nicely at 55, about the fastest I plan in riding for the most part.

I smelled unburned gas, and it was idling a bit rough, and it popped a lot. I pulled the plugs to look at them, and the plugs were not tight, it took very little to turn them. They were gapped to about .028" which is how they are pregapped. They looked good overall, despite the traces of blow-by on the threads on the one that was the loosest, so I gapped them at .04"and reinstalled them. It idled much better and I don't smell as much gas in the exhaust. It seems to run smoother as well, though it is still a Ural. I changed the oil in case any fuel got in the oil.

The dealer I bought it from supposedly "went through everything," before they sold it, but I can't imagine they did much. They also said they would call me about the final drive leak and fix it, but I have not heard from them. I will most likely get a new seal and do it myself, and maybe later over the Winter open up the FD and check everything over.

The rig drives nice, had good power, and it's definitely fun.
Top

Keep in mind. The bike was out of cookiemech's hands for around three months before I bought it. The work on the rebuild he did of this rig is nice.

The other thing I did was bump up the preload since I weight about 25 pounds more than he does, and I carry a passenger often. I went with the third setting on the pusher, and two on both the front and the sidecar. To me, simply changing the preload made a difference in the perceived vibration. I just figured it is a Ural. I haven't yet been spoiled by a new one.
Top
Post Reply
79 posts

Return to “General Hammerin' and Wrenchin' (all model years)”