Got some Russian bikes or parts you want to buy or sell? Advertise your wares here. Individuals only - No dealers in this section please.
Forum rules
This section is for individual forum members to buy, sell, or swap bikes, parts or accessories. Once the item has sold, please edit your post and put "SOLD" in the topic subject title. Dealers and other commercial entities need to post in "The Gray Market" section. All listings must be motorcycle related, preferrably for Urals or Dneprs. No guns, real estate, etc. All items must have an asking price or what you are willing to trade for. No auctions or bids here. If you want to auction an item, put it on eBay and post a link to your item's auction on eBay here.
Post Reply
20 posts

Beautiful bike and I am Glad, and Sad that you sold it.

I picked up this all original 64 R50/2 a couple of years ago with 25K miles on it and just love cruising around on it. I agree there is never enough time to ride it properly however. I did the $2000 oil change on it last year.

I have no idea of previous maintenance but the slingers were almost full and one was cracked at the mounting screw. Glad I did it when I did. 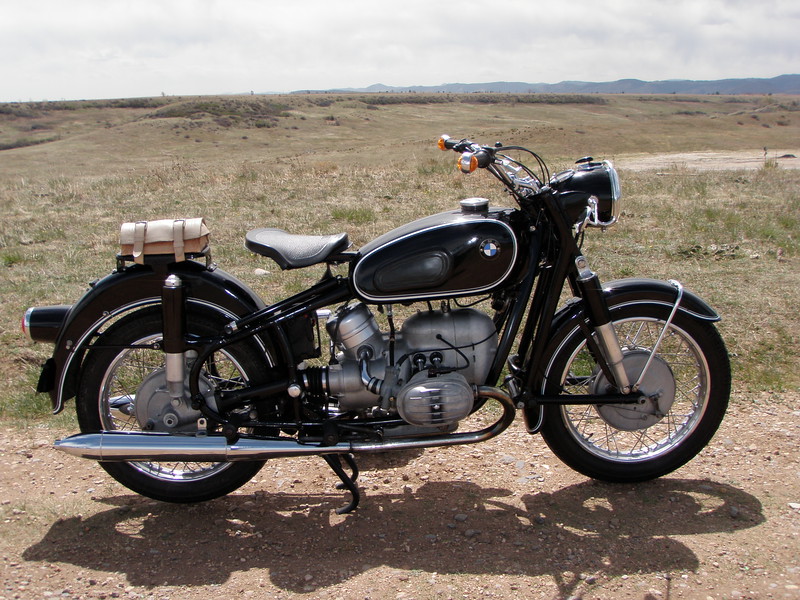 n3303j wrote:All I needed was ONE motivated buyer.
Just had to find him.
Odd that a local Florida Craiglist ad reached a buyer in California.

Didn't use the /2 enough to justify garage space.
Shame to see it decay from neglect.
It's in the hands of someone who will use and enjoy it daily.
($8,000 toward a possible CT with REAL brakes)

Good for you Ron. I specifically bought my K75 to ease up on the daily use of the r60. I was using it just as I would as if it were brand new and it was 1969. But no getting around it's vintage and will have special needs as time goes on. I'm at around 24,000 original miles (I bought it at 21,000) and I do not have documentation that the slingers have ever been done so that would be quite a monetary investment I or perhaps a future owner will have to deal with.
Guess I'll see how much I use it going forward as it gets further into the riding season. One thing is for sure, I can't survive with just the Ural. Still need a 2 wheeler (or two).
Stagewex

Had a K100RS for a get around bike. It was fast. Nobody waved.

After 57,000 trouble free miles on the /2 I wouldn't worry about taking her anywhere or using her as main transportation. Design is rugged as rocks. Most components are over engineered.

Slingers aren't the challenge they are made out to be. With the Cycle Works video and tools a complete slinger job is an easy weekend punctuated with beers. I do plan on putting the videos and tools up for sale when I get back to Massachusetts.

If you are really sure that the 24,000 miles is what is on the engine I would ride the bike until the clock says 40,000 miles. I've been into a few verified mileage engines and feel safe with that number leaving a safe margin. I see 60,000 as being a real hard limit with current detergent oils.
Last edited by n3303j on Thu Mar 17, 2016 6:09 pm, edited 1 time in total.
Ron Cichowski

which of these bikes were the 'dont touch it' models? there is one that is much less desired than the others..
Top

Some Said the '66 R60/2 was the "don't touch" model. But all the problems were with the head alloy deforming in use. That being said, after converting to valve, guide and seats for unleaded fuel I've ridden over 50K miles problem free. So I wouldn't avoid any of the /2 or S series. Just be aware of the crank & slinger problems that they all share and the series with the "butterheads".
Ron Cichowski

Return to “The Black Market”