Here's a place for the group to discuss their other brands of bikes, hobbies, and personal interests not related to Ural & Dnepr Sidecar rigs. But not politics...
Forum rules
Here's the place to chat about off-topic stuff, hobbies, and other toys you got. No political posts, they will be deleted and the poster warned. We're not always "politically correct", but the Steeds site is apolitical.
Post Reply
104 posts

Guessing that a few of you still have a bike thats been sitting and soon becoming a vintage bike or maybe some people who are into cycling. Maybe its time to dust off that bike or take a photo of your new bike and show it

Here is my 1990 Trek 820 mountain bike, entry level and nothing fancy. Original owner and haven't rode it in years. Needed a lot of work including replacing the bearings, cassette, chain, inner tubes, cantilever brakes and seat. Went for a test ride yesterday and everything checked out. Tires are 30 yrs old but seem ok, maybe I should replace them. 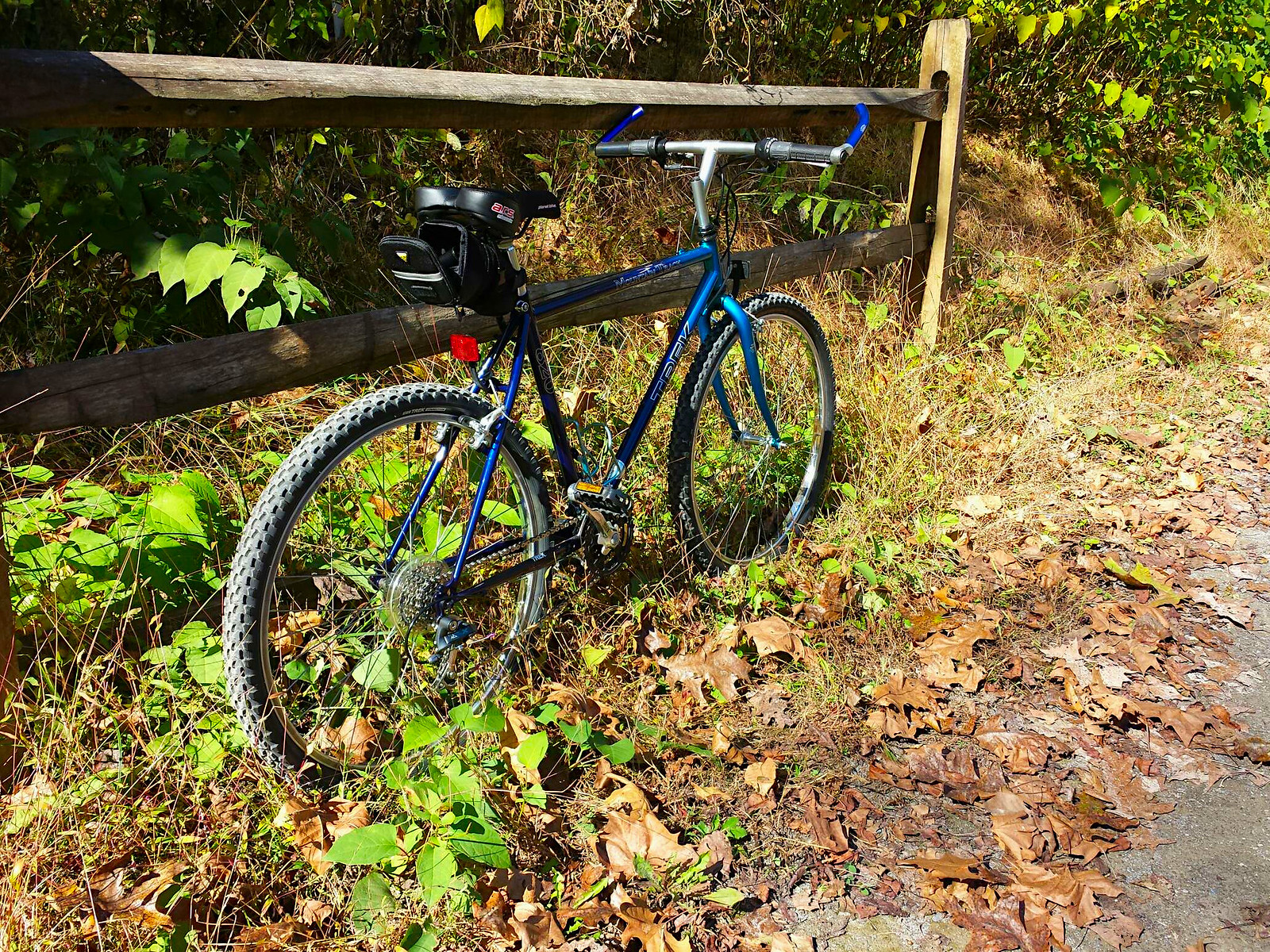 I can't see you photo, but I'll play along.

Here is my 25+ year old Burley Duet. Still sees use at least a dozen or so times a year.
pedal 001.JPG
But if riding solo on a rail-trail I prefer the tadpole in the foreground. Comfy seat, sports car handling and kiddie-car fun.
You do not have the required permissions to view the files attached to this post.
David B.
'07 Ural Twourist
Top

Here is my 25+ year old Burley Duet. Still sees use at least a dozen or so times a year.
pedal 001.JPG

But if riding solo on a rail-trail I prefer the tadpole in the foreground. Comfy seat, sports car handling and kiddie-car fun.

Sorry! Guess it might help if my pic worked too

Great tandem... are they hard to ride?
-JR

I prefer it the old way, what is not on it cannot brake. In flat northern Germany no problem.
You do not have the required permissions to view the files attached to this post.
Sophie Travelair = Patrol 2013
8 weeks 12.000km Oregon-Alaska-Oregon
With a DIY foam air filter the rig runs well even in tropical rain =

That's the sprocket cluster on the rear wheel.
Rural Ural in Tulia Texas!

Yup its the gear thing on the back. Mine were in really poor shape along with the chain. New one is chromed and inexpensive! 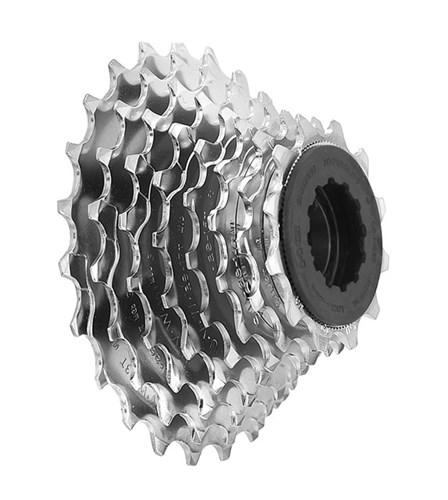 You asked. I’ve pushed pedals for almost 60 years. Commuted, toured, raced, alley catted, bounced off car bumpers. Also, a Life Member of the League of American Bicyclists. That, and $2.50 will get a $2.50 cuppa at the local coffee shop.

This is just one part of the garage ceiling. 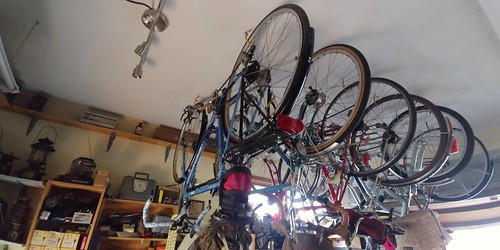 Left to right:1990 Miyata 600 GT. Did the 1991 Paris-Brest-Paris on this one. Ran compact drive on it before it was a thing.
2007 Rivendell Bleriot. Only bike I was fitted for and paid someone to assemble. SRAM 7 speed gear hub and drum brakes.
1981 Miyata 710. Stock except for wheels and Brooks saddle. Did several 24 hour TTs on this one.
1970 Robin Hood Lenton Sport. Next May will be 50 years of ownership. Fitted with a 1950 Sturmey AM 3 speed/Cyclo triple cog. Originally a 10 speed.
Wife’s Electra Townie. Hasn’t been down in probably 12 years.
1954 Robin Hood Sports. 27” wheels, 2 speed Bendix fixed gear hub. 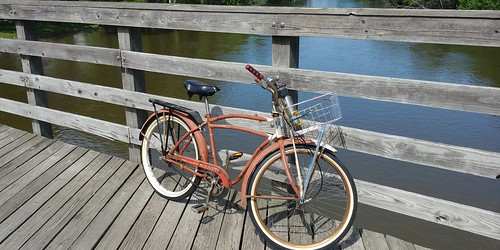 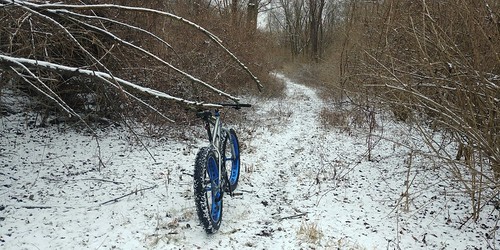 I could probably bore you to death with all the others. Several Raleighs, a Frenchie or two, and some mutant fixed gears.
cheeseheadmike 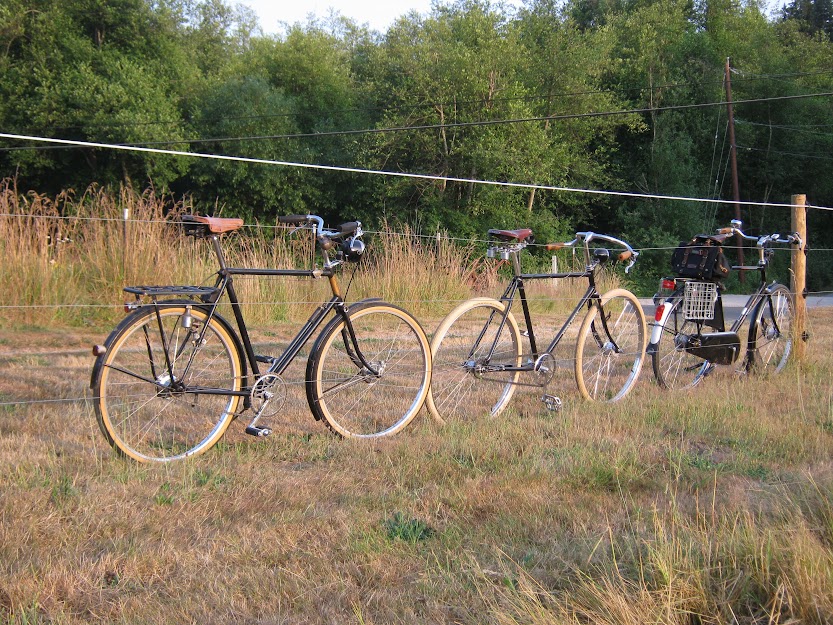 The three Raleighs and the Flying Pigeon have me drooling. Does the Raleigh on the left have an AB rear hub? The Pathracer looks like it has an X-FDD up front. Is it fixed or a coaster?
cheeseheadmike

Did some serious biking after HS, commuting 10 miles and several century rides. Had a cheap Japanese 10 speed. Then lost interest for 40 some years until about 3 years ago. Bought a Schwinn City and started riding it for an hour 3 times a week. Then my son got into mtn biking so I got a hardtail Diamondback to hit the trails with him. Started riding that on longer trips and wanted something more road orientated and got a deal on a Haanjo gravel bike, 2x11 and hydraulic discs. Had it about a year now and put over 6000 miles on it. Got both the kids road bikes and the wife an electric pedal assist bike so it's a family thing now. And the wife got a trailer because, well, you can never have enough stuff

I'm lusting after a carbon fiber pure road bike but the ones I like run about $3-4K so that's not likely soon.

Done a couple 70+ mile rides this year, working up to doing a century probably next year. We're lucky to have a great network of biking trails around here, I highly recommend the sport for physical and mental well being.
You do not have the required permissions to view the files attached to this post.
Past afflictions include limey cars and motorbikes, an R60/2, R65ls, & a Citroen.
Now a couple of bicycles, a worn out '87 K75s,
and a rusty 2012 GU bought new
Dual K&N cones on homemade PVC intake, 40/137.5
Raceway needles, Modtop pipes, E starter delete
$29 VW Hydraulic steering dampener
Top

The bike on the left in the 2nd picture is a 1936 Raleigh model 35X, Sports light roadster, 26" with KBC 3 speed with drum brake, and drum brake front hub.
The "pathracer" with 3 speed AW is actually the Flying Pigeon before I rebuilt it into the roadster in the 4th picture with RX-RC5 5 speed coaster brake, and keeping the X-FDD dyno drum brake. The 3rd bike is a Gazelle Toer Populair with 8 speed Shimano, and Shimano roller brakes.

Wow you guys have some awesome bikes

Thanks for the info on the Raleigh and setting me straight on the Flying Pigeon. Beautiful bike.
A few more. 1974 Dutch built Raleigh Grand Prix. I keep this one at company HQ in SC if I need a sanity break. 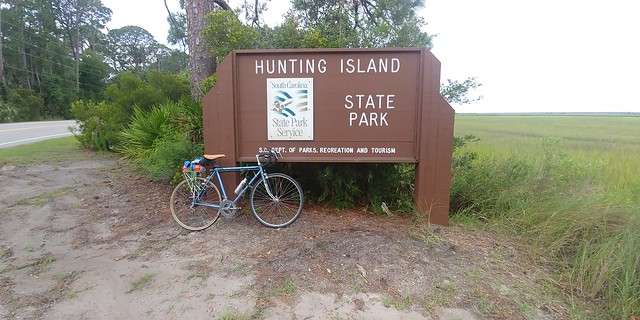 Yours Truly in front of the Paris City Hall 1991. Got my Miami Vice thing going. 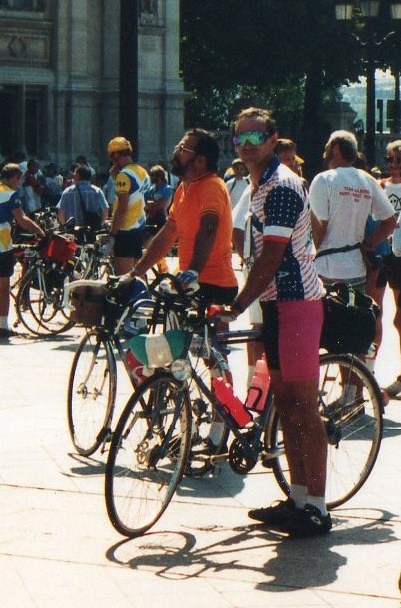 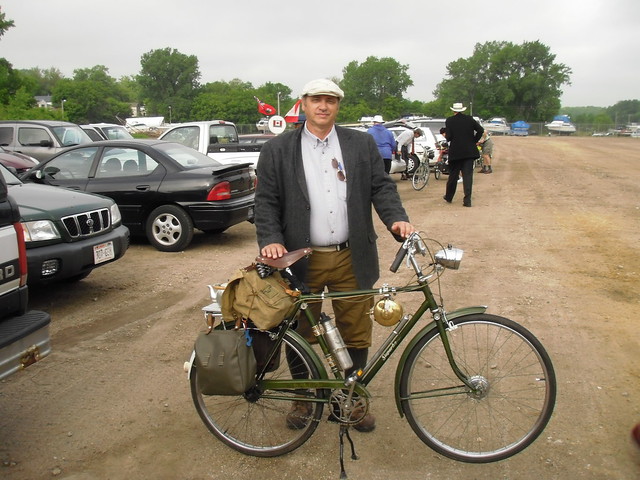 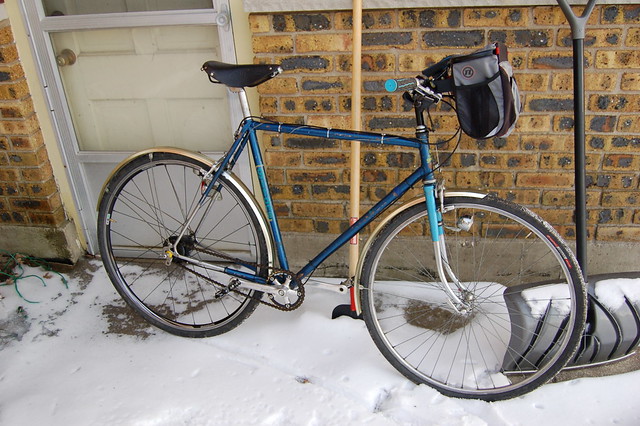