How much should I ask?

Welcome Comrade! Pull up a barstool and order yourself a virtual vodka or Baltika and enjoy the camaraderie of other Soviet bloc bike enthusiasts. Nastrovya! This is the place for generic conversations about bikes and life in general.
Forum rules
This is the place for general discussion about motorcycles and life in general. No political posts. Use The "Other" Toy Box section for other bikes, guns, collectibles or hobbies.
Post Reply
16 posts

How much should I ask?

Hey all, I am contemplating selling my 06 Gear-Up. My old Dog just doesn't seem to like riding as much as she once did. and therefore I'm not riding it as much as I once did. I see prices all over the place and am not sure where to put mine (if I did decide to sell). Just wondering what an unwashed Russian might be worth.
Well sorted. carefully serviced, nothing wrong with it. lightly abused

I'd start with some pics.

Without pictures that illustrate the rig's cosmetic condition, I'll just toss out $5K as a placeholder here. What hard parts, like the clutch, have been replaced during the 60K?

I'd recommend perusing the For Sale listings posted on Craigslist, and your nearest Ural dealer(s)...and here in the Black and Gray Market sub-forums. This may assist you in determining the price trends for Urals that are simliar to yours in age and/or condition. 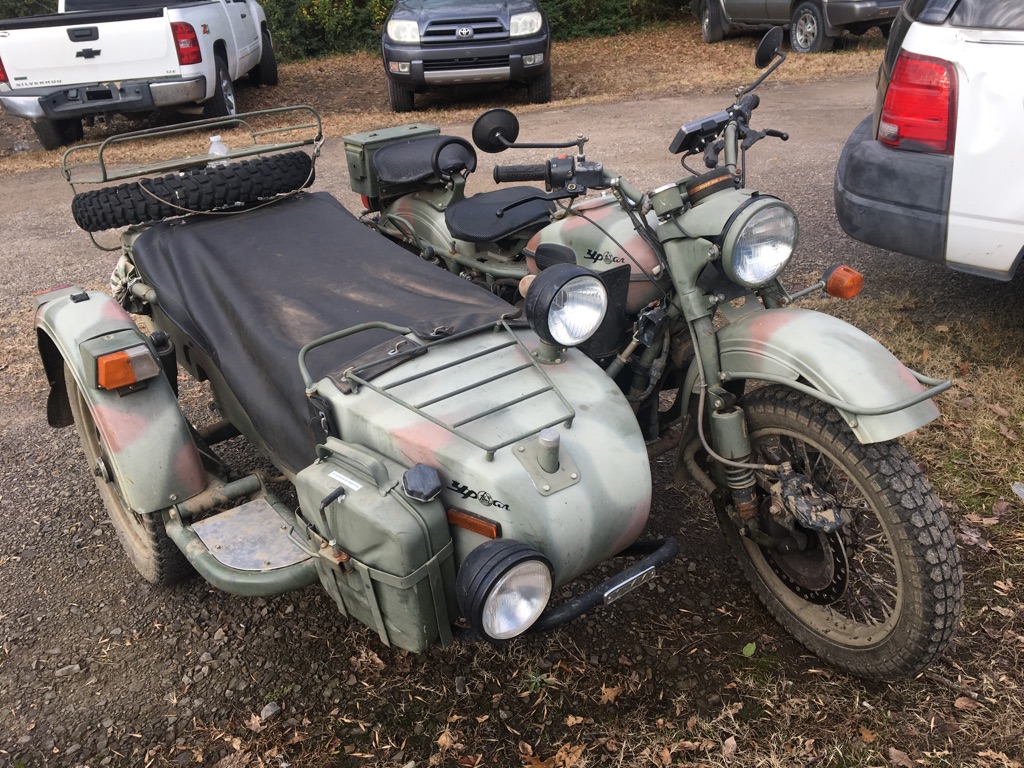 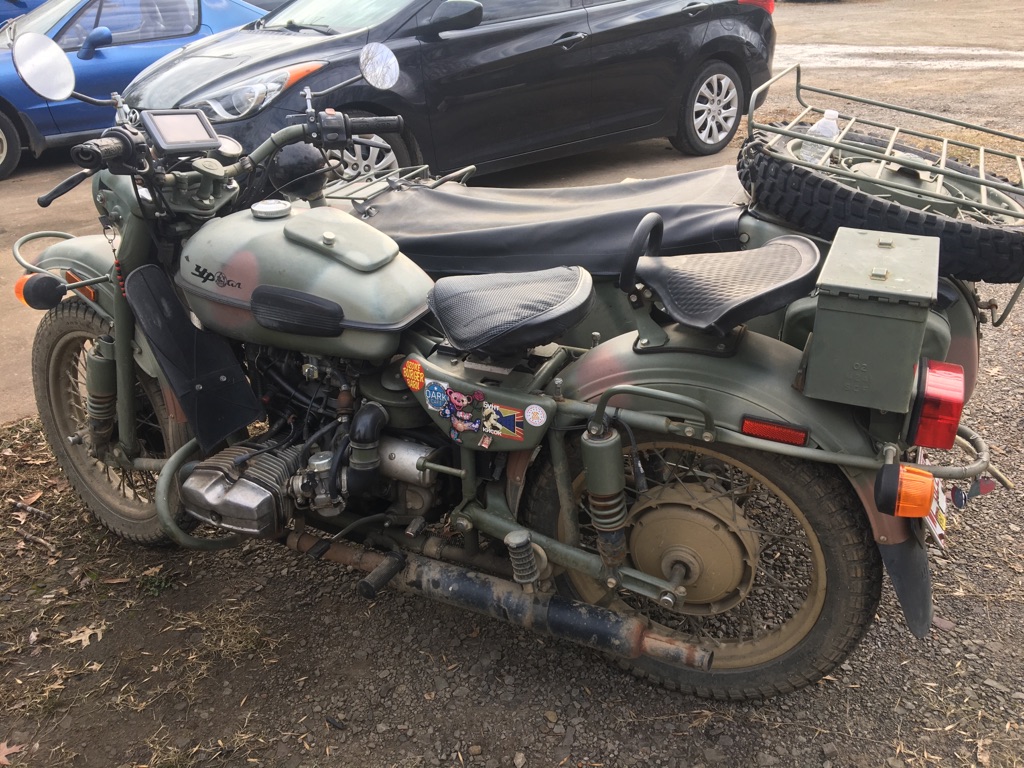 Replaced the clutch and 3/4 shift fork and 3rd gear set. around 5k ago. Replaced rear-wheel drive spline spool, pinion bearing and seal along with drive shaft u-joint less than 2k ago. When issues arise its taken care of. It hurts to ride without my best friend, I've owned this machine for 9 years and it has been super fun. I have too many bikes anyway.
06 Gear up
54 Harley Davidson FLE
12 Harley Davidson FLHTK
67 BSA Trail Bronc
75 Norton mk3
79 Triumph T140 (x2)
76 BMW R75/6
89 BMW R100gs
90 BMW K75RT
99 Moto Guzzi Bassa
Top

jeffsaline
Hero of the Soviet Union - 2019

I think if I was looking from what I know about the bike with the pictures considered I would probably not go over $4,000 as a buyer. Maybe less if I learned more or saw it in person. Some of the add-ons I see are not worth anything to me. The aftermarket mufflers, unless quiet with good performance, are also something I don't think I'd be interested in. The year (06) is a little earlier than I would desire although it still can be a good machine.

Your market might be very different from the market in western South Dakota.

Jeff
Jeff Saline
2010 Gear Up
-Good, Fast, Cheap. Pick Two
-Just because something isn't true, no reason you can't believe it. Hub McCann Second Hand Lions
-Anything is possible if you don't know what you are talking about.
Top

You have a beautiful machine. Ask what you want. What's a replacement engine cost? That would be a factor if I were to purchase it. Whatever you ask I doubt it matters, the unrealistic offers from members will be on full display. I worked for a guy who would f+ck over any motorcycle seller, I'd watch him disparage everything imaginable to knock down the price. Then would brag about the value to him. Unfortunately this disgusting trait cannot be lawfully eliminated from a liberal democracy
The only thing to the right of me is the wall
13 ST solo
94 solo
74 M66
MT16
Top

Urals aren't common quick sellers so it depends on how fast you hope to sell it so keep the price reasonable. I had an 06 and loved it. If I were looking for an older 750 carbed model I do another 06 in excellent mech condition and be looking in the $4,000 range... give or take a bit.
Joe
014 GU
"I'm lost but I'm making good time."
Top

I think 4k is a realistic number.
John
The Ural's made Maine a much bigger state.

stagewex
Hero of the Soviet Union - 2019

I think from your description of what you've kept up over the years, it's milage and the way it looks you could ask $5400 Plus or Minus/Negotiable with the understanding you can always go down.

Milage to me on a Ural, the more = the better it has been for the seller and his experience. I'm usually more suspicious when you see an older bike (any bike) that's older with very few miles. More so with an oddball brand like a Ural!

Well sorted, from your pictures obvious pride in ownership and no issues (assuming)... you have for a potential buyer the possibility for a better experience than perhaps buying brand-new. And I don't mean technology-wise. I mean you've worked out whatever needed to be done and no surprises from the factory. You're past that.

Perfect candidate might be someone looking to buy new/newish but doesn't want to mortgage a bike loan or perhaps just wants to dip their toe in the water first to see if it's really their thing. 2nd or 3rd bike for someone too.

Someone handy can upgrade to Hertzog Gears too if they want to, came out a year later.
I like your rig at an honest asking price of $4800-$5000. You'll just need to give folks a reason why when they come by to see it.
GLWS if you decide to.
Stagewex

eastbloc
Hero of the Soviet Union - 2019

stagewex
Hero of the Soviet Union - 2019

In my book, high miles are a plus on a Ural, and I'm not the only one who thinks that way.

ask 7k settle for 5.
That is a Great Rig!!
Best of Luck-Put it on cycle trader and the more views on different websites the better
2014 Ural Patrol
Top

You have near close to 1k in accessories I'll bet between the luggage racks, jerry can, sidecar bumper, driving light, spotlight.
2014 Ural Patrol
Top

Desantnik-VDV
Hero of the Soviet Union - 2019

See what is for sale and for how much on this forum if you want to sell it here. There is a red 2012 Tourist for sale. Sellers asking price of $7300. See and compare the physical condition of your rig and the 2012 Tourists mileage (24000), and see how fast will that 2012 sell. There is a 2013 T as well...mileage is lower and asking $6000.
Check also some other listings in The Black Market with a few or 0 replies and you will have some idea. And one more thing...the asking price is one thing, and what it was sold for is the other thing. And no one comes back and posts how much they sold for. If it's priced too high it will rise some eyebrows here and will make a post in several pages in length, otherwise it will not get real buyers.
Accessories for some buyers are a plus, and some others don't even pay attention or want extra holes made on the sidecar, fenders and elsewhere.