Welcome Comrade! Pull up a barstool and order yourself a virtual vodka or Baltika and enjoy the camaraderie of other Soviet bloc bike enthusiasts. Nastrovya! This is the place for generic conversations about bikes and life in general.
Forum rules
This is the place for general discussion about motorcycles and life in general. No political posts. Use The "Other" Toy Box section for other bikes, guns, collectibles or hobbies.
Post Reply
14 posts • Page 1 of 1

Its either that or You Only Live Twice, maybe IMZ bought a big helicopter with a super magnet attached. If someone is tailgating you really close you can radio IMZ for road assistance

My Urals already dispense an oil slick, so that won't be a new gadget.

And mine has the passenger ejection seat option. I've removed the gas canisters for illustrative purposes. 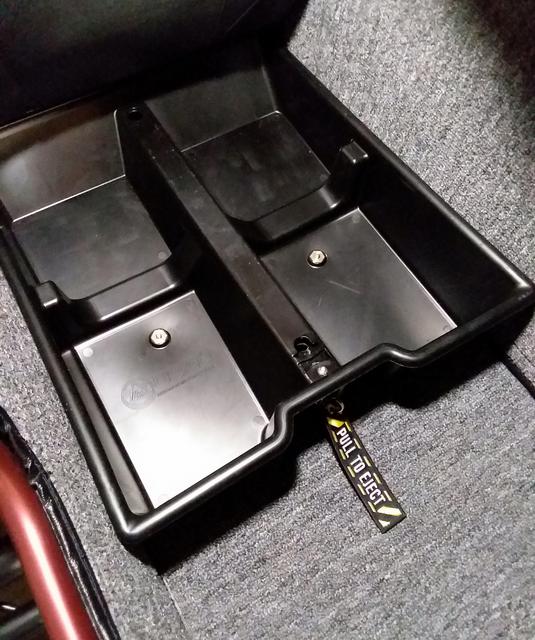 I had to remove mine. I had a loot of wrenches and stuff to put in there.

So far Gold Finger has not made an appearance so I figure I am safe.
Fear No Gravel
Formerly Owned: ( various rides on others)
Honda 90
2 x CB750K (one a true Japan Model flown to Hawaii by a P3 Orion Sub Patrol Aircraft!)
1 x CB700 SC ala Shaft Drive Nighthawk S (RC20 is the actual in house production Model)
1 x R80GS (ok to start with, learned to love it for what it was)
1 x CB450K

If I wanted a teaser, I would go back to the strip club, boy do they have some nice teasers there!
2018 Gear Up “Sahara”
Oregon
Top

You do not have the required permissions to view the files attached to this post.
'07 Arctic: The Russian Raucous Ship

Be cool if it came with a Walther PPK.

Some time ago, a family friend purchased a PPK for his wife. He intended for her to use it for concealed carry, since she didn't like S&W Chief's Special 9 that was also purchased for that purpose.

I had a look at the Walther after he brought it home. The engraving was rather fancy, as was the price. I suggested that he do a bit more research about exactly what he just purchased (which was done sort of on a whim whilst he was at the dealer.)

A bit of research quickly revealed that he purchased a PPK/S, with worldwide production (of the aforementioned engraved version) limited to 500 units. Armed with that knowledge, he made an executive decision that it was too nice for what he had planned for it...and so it became a safe queen.

I'd wager that, objectively, that little Walther would indeed have provided a much better fit, ergonomically and mechanically, for my friend's wife than did the CS9. I don't know if he ever disclosed to her his fickleness regarding the purchase. Personally, I'd have kept quiet about it. We all know, or should know, the value of marital diplomacy.

The wait is over, From Russia with Love it is. Nice lookin too.