Welcome Comrade! Pull up a barstool and order yourself a virtual vodka or Baltika and enjoy the camaraderie of other Soviet bloc bike enthusiasts. Nastrovya! This is the place for generic conversations about bikes and life in general.
Forum rules
This is the place for general discussion about motorcycles and life in general. No political posts. Use The "Other" Toy Box section for other bikes, guns, collectibles or hobbies.
Post Reply
9 posts • Page 1 of 1

Jaybird needs this for his collection

You do not have the required permissions to view the files attached to this post.
The Ural's made Maine a much bigger state.

According to the ad it smokes because it overheated. I've seen that many times back when Corvair's were common as dirt. The engine will need a complete rebuild. The belt wound around the engine in differing directions and were notorious for failing due to that design flaw. The engine will continue to run without the belt but without the belt the engine cooling fan is not working so you burn the engine up. The only indication is the alternator warning light comes on because that belt drives the alternator as well. You always kept 2 or more spare belts in the trunk and tools to put on a new belt every time a belt failed, which happened regularly. If you were going on a long trip you would just go ahead and install a new belt just before leaving on that trip. Even then you could have that new belt fail forcing you to install a spare belt on the side of the road. I never understood why they built that flat 6 boxer engine with air cooling instead of liquid cooling. Doing that would have made it a really nice economy car. I guess they were going after the VW and Porsche market. That never happened because VW and Porsche owners were loyal to those brands so buying and driving a Corvair would be beneath their dignity. 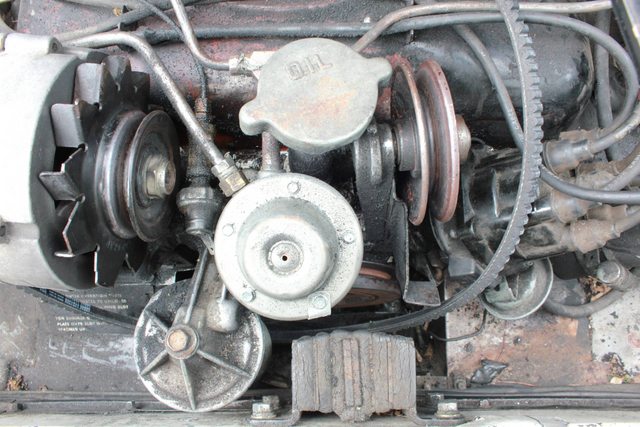 GHGoodwin
Hero of the Soviet Union - 2020

Scott E wrote: ↑
Thu Jun 10, 2021 9:25 pm
. The belt wound around the engine in differing directions and were notorious for failing due to that design flaw.

Julie’s garden tractor uses that same convoluted setup and has been running flawlessly since’92...

Except for those few times when the belt broke, wrapping itself around the drive pulley, taking out the fuel pump, throttle cable, engine belt guard and fracturing the cast iron drive pulley...

BinDerSmokDat
Hero of the Soviet Union - 2020

Hey, thanks John, I didn’t realize you were such a funny guy

Reminds me of this song;

Rich/BinDerSmokDat is right, I do have a lot of irons in the fire,
I am a glutton for punishment though, just not that much